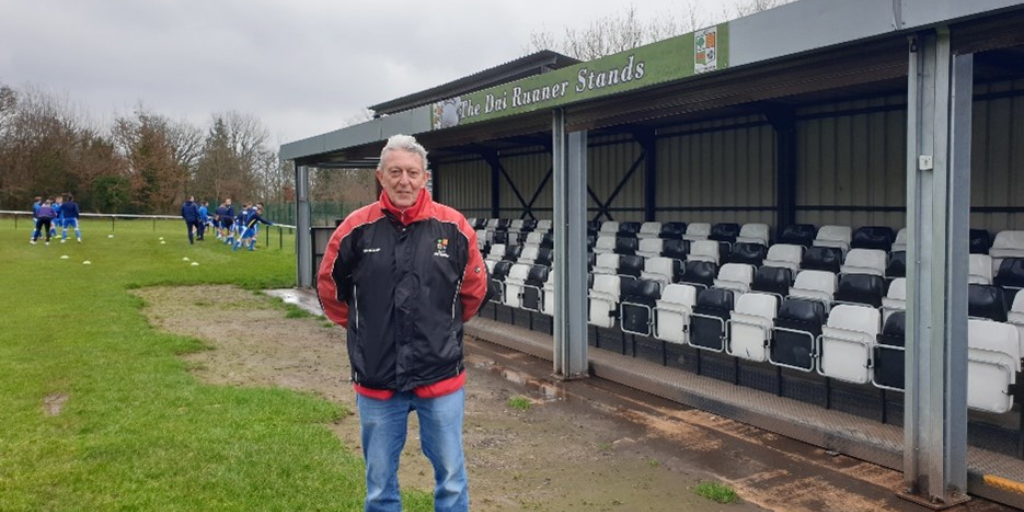 The Club has been at the heart the community since it started 87 years ago. It was formed out of and by the mining community and has always played its full part in village life not only by encouraging and providing sporting opportunities but by organising and supporting events and activities. The club is committed to provide a platform for players of all ages to enjoy, learn and develop in the game.
They are run entirely by team of volunteers and committee members – they have no paid staff. They support and train the 220 registered players. The Club was in Welsh League Division 2 (Tier 3) and were working hard to move up to Division 1. They had 4 Senior teams / 5 Junior Teams / 9 Mini Teams and were committed to the growth and development of the Club, training and developing their players both on and off the field, working with groups such as Cardiff City Foundation to promote health and wellbeing and education.
Their aim is to give players a platform to develop through engagement with others within the club to fulfil their full potential and allow them to progress both inside and outside of the sport and the club. They hold regular CPD Meetings with coaches to discuss and agree aims and objectives. Their pitch was on a 21-year RCT CBC lease, starting in 2008 and they are responsible for all buildings and structures – including their old 60-seater stand.
About the Project
When they approached the fund, they were at a stage where they had outgrown facilities at the ground and need to upgrade them if they were to progress to Division 1. The priority for them was to have a 250-seater covered stand – they could not move up until this was in place. A stand of this size is an essential FAW Tier 2 requirement.
They had successfully secured funding from Amgen Cymru to construct 2 x 125 stands and were working to secure the balance.
Why we supported the project
• The Club would not be able to move up the league without an adequate stand. Although they had some way to go before a promotion is secured, they were focussing hard on their new, young first team and were hopeful that it could be achieved.
• The Club supports wider community events and activities and is part of the fabric of the village.
• Although the new stands would enhance the Club and spectator experience, they did have some way to go. They were currently 8th in Division 2 – admittedly early in the season. The year before they finished 12 out of 16 and had 50 spectators on average at each match. They were however working hard to develop their first team and having a division 1 ready ground would send a strong message of confidence to all.
• This project would undoubtedly make a positive difference and be a huge boost to the players and supporters of this popular Club, ensuring that it is well-positioned to secure promotion when the time comes. They had already secured 55% of project costs – with a grant from the FAW a strong possibility – and planning consent is in place.
How this met communities’ priorities set in prospectus for the fund
• communities that are healthier and more active
• starting young to tackle long-term issues
• greater opportunities for local young people to play football at a high level and to develop their skills; more young people taking part because of the Club having a higher profile.
• Increased ticket sales income and higher profile will help the Club to grow and develop. It has demonstrated its ability to endure successfully over the past 87 years since it was founded.
• communities with sporting facilities for all ages that are well used and maintained
What has happened since
• As a result of PyC condition, they sought advice and formally registered as CIO on 11th June 2019 – improving governance and security of organisation.
• They now have 45 coaches and officials and across the various age ranges, a total of 220 players.
• The Welsh League arrived and Llwydcoed have driven themselves up the League thanks to the players, sponsors, supporters, committee, and management. With the arrival of the FAW League restructure for the 2020/21season, the Club had to find sponsors and grants and a lot of hard work and commitment saw the committee achieve these standards and were finally awarded with a place in the newly created FAW Ardal Southwest Division for season 2020/21.
• Their reserves are healthy, and they benefitted from WG support during COVID. Their lottery is now very popular with a current jackpot of £12,000 earning them around £170 p/w. This really developed during pandemic as people wanted to support club and is now a great way to earn unrestricted income each week.

• The Spectator Stand has secured their status and they have now secured Tier 3 Ardal League placement but with more money, more spectators and strong player numbers they aim to reach the Ardal Championship League next which they would not be allowed to do without the stand and other facilities. The stand attracts more supporters allowing them to raise more money each week during the season. A typical Saturday now sees more than 9 matches at Llwydcoed with good attendance numbers.
The stand was named in honour of Dai the Runner, a long-standing volunteer and an opening event was held.
“The stand is awesome- all under cover, really improves coming to support the team” / “We have achieved more than we expected. Impressive. My pride and joy ”

• The funding from PyC was matched with £39,300 from Amgen / £34,900 from FAW Trust neither of which would have come into area without final match funding from PyC.
• They employed a local tradesperson for all the groundworks.

“It’s great to have it there – it’s a great feeling to know your facilities are top notch – we must maintain them and look after them and we are committed to doing that. It was an experience filling in the forms with PyC, Kate and Barbara were great something I will not forget.”
We will maintain what we’ve got for the time being and progress into the Premiership, for a small village this will be a great achievement! We belong to the 3rd highest Division in Wales. We will develop the players that we’ve got – there is so much talent – Coaches bringing them on – there are Coaches that we have now that are fantastic!”