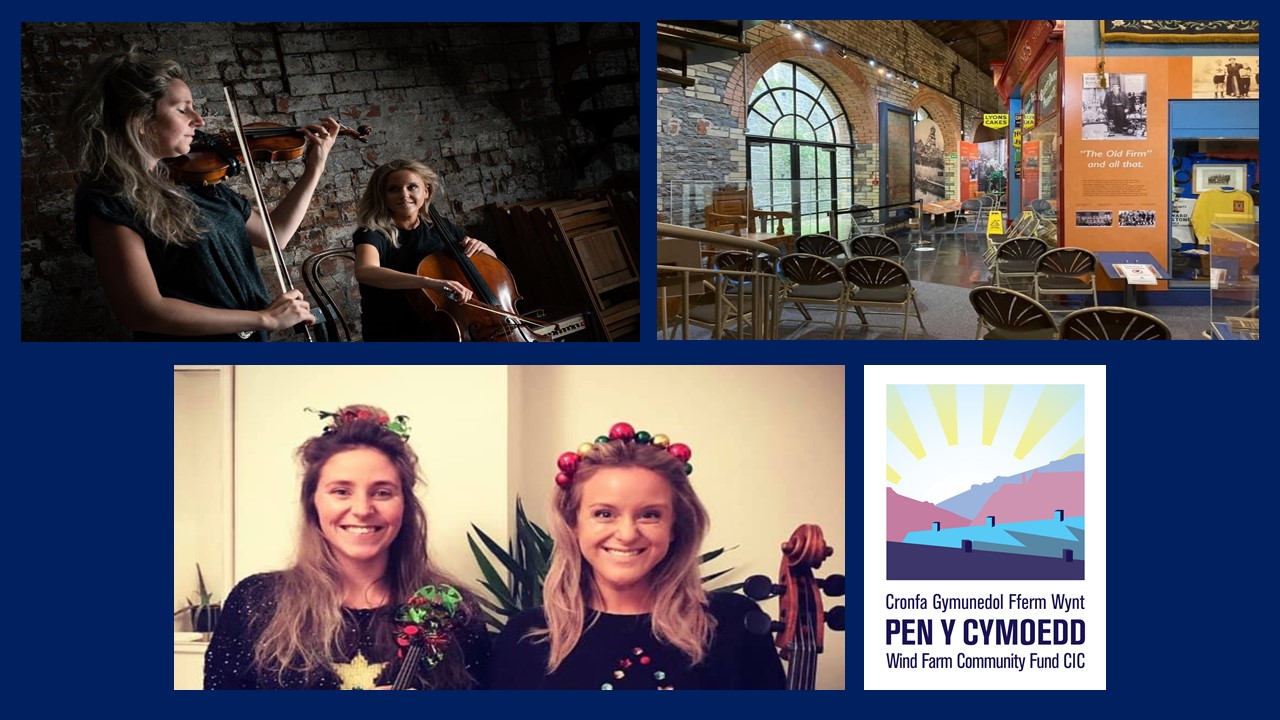 They worked with an Aberdare based freelance marketing specialist, to discuss a marketing strategy to try and exand their reach and used: Sponsored Facebook, Instagram and Twitter adverts / flyers and posters in shop windows and local businesses / a short showreel to showcase what would be included in the performances.
• This project was intended to benefit people with an interest in live music living in Aberdare. Particularly those who may not have attended a classical concert before and during the course of the project they managed to engage with approx. 393 members of the public (153 people came to see a live performance and 240 people participated in a performance online).
• All of the performances at Cynon Valley Museum sold out, which clearly demonstrates a need for this kind of provision within the area and the audiences consisted of a wide range or age groups. Several families with babies and young children attended their interactive family concert and a care home in Trecynon who booked a day trip for their residents to attend our performance at St Elvan’s Church.
• Many of the people who attended the events gave verbal feedback at the end of the performances and commented on how lovely it was to have live classical music in Aberdare. This came up on several occasions. It was commented on how rare it is to have this kind of classical music provision in this area. There was also a sense of excitement, particularly after the St Elvan’s Concert and people were hopeful that there would be more of these kinds of events now that Aberdare has such a great space for live performances. People commented on the power of hearing music performed live, particularly after living through the Coronavirus Pandemic which had stopped most live events.
• As a very new organisation they report that this project has been incredibly valuable as they have now:
• Formed working relationships with Cynon Valley Museum and St Elvan’s Church that they hope will develop into future projects.
• Established a regular audience in Aberdare for future performances.
• Gained new experience and knowledge about marketing live events.
• They organised their first outdoor performance in a public space. This included seeking permission from the council, ensuring they had a valid Temporary Events Notice in place, ensuring they had the right health and safety measures in place. They are now much more confident about organising future performances in public spaces and liaising with the council.
• The 3 performances which took place in Cynon Valley Museum encouraged visitors of all ages. As the performances were live streamed they also aided the Museum’s ability to engage digitally during a time when digital engagement is incredibly important.
• The final performance, which took place at St Elvan’s Church, encouraged 60+ audience members. This was the first live performance to take place in St Elvan’s since it’s refurbishment. It also coincided with the opening of their new cafe which was serving refreshments on a donation basis.
Future Projects:
As a direct result of relationships formed during this project they have 2 potential projects in the early stages of their development, both of which will take place in RCT.

• They are planning a Christmas Concert at St Elvan’s Church.
• After attending one of the events the Youth Arts Project Co-ordinator at RCTCBC has secured funding for them to deliver 5 performances in venues around RCT aimed at young people as part of their Winter of Wellness.

“We believe that we successfully achieved what we set out to when we began delivering this project. There is a stigma and elitism attached to classical music and to the arts sector in general. Phase Arts collective’s main goal is always to break down the barriers relation to audience engagement with classical music. Classical music is often expensive, intimidating and geared largely towards older audiences. Each performance targeted a different group within the community. Whilst a lot of the audience members were above middle age we also had several families (including very young babies) and a number of young people attend our events. Some of the audience members stated that they had never been to a classical concert before. Many of the audience members came because they were intrigued to hear classical instruments performing more modern music. This was exactly the type of audience we wanted to engage with.
It has also grown Phase Arts Collectives organisational capacity enormously. This was only our 2nd self led community music project and we have learned a huge amount about marketing, target audiences, partnership working, performing in outdoor public spaces, events licensing and council permissions. It has grown our confidence to deliver more projects like this one. This project has solidified existing relationships and formed new relationships with venues, organisations, marketing specialists, and audience members which will undoubtedly lead to a more sustainable arts provision within RCT.