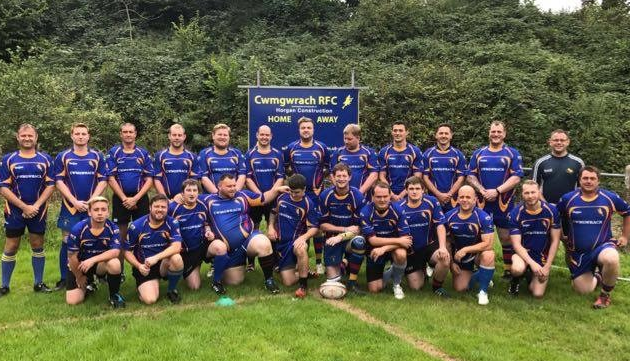 Cwmgwrach RFC
£4,606 – MICRO FUND – FEB 2017
Cwmgwrach RFC were set up in 1912 and the Club has a growing membership and is active in League and Cup matches. The WRU had grant aided pitch drainage works – games were no longer having to be cancelled due to waterlogging. A new football team has also been running for the past year sharing the ground and showers.
They desperately needed to carry out refurbishments of the showers to include new doors, window ceiling and internal paint work. The shower block was built in 1937 and in need of upgrading to serve the Rugby, Football and visiting teams.
“The changing rooms and showers are now a much more usable space and more up to date. It is important players feel they are part of a club that is offering a high-quality provision and actually as a result, players have become more involved with day to day running of the club, working together towards improving other aspects. The players are grateful for the improvements to the facilities and have shown their thanks by giving their time to projects that benefit the club and the community, including a tidy up day and making new signs for dressing rooms and showers.” Quote from Lisa Williams – Cwmgwrach RFC
Pen y Cymoedd “This application came with the support of the WRU who confirmed upgrades to facilities were essential and it is great to see how the Club and members of football team are benefitting as a result of a small grant. It sounds very positive how players and club members are coming together to improve the environment of the club and a few players have now actually joined the community. A local builder also benefited by securing the job to make these upgrades. All the best with Club life.”