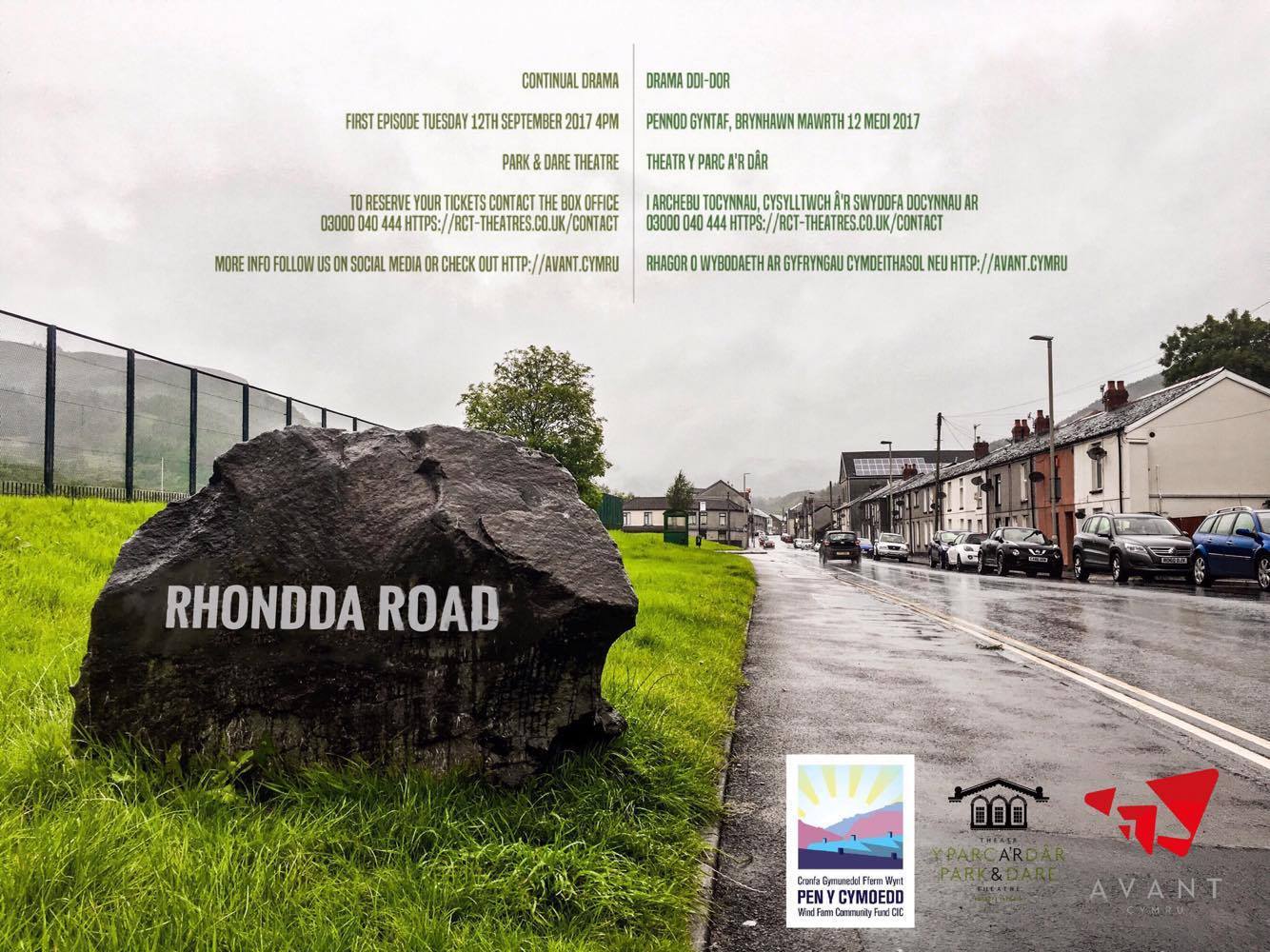 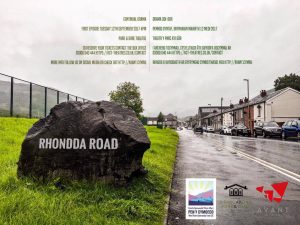 Avant Cymru is a recently established company based in the Rhondda Valley, bringing relevant, exciting theatre productions and opportunities to the area. The company is a member of the National Theatre Wales community and offers art, dance, drama and music in a variety of productions, workshops and classes. This project was to be the kick starter for their activism project, that would ask current and future audience to engage in local issues which will be addressed in theatre shows, shared online and acted on by the local community. Avant would work closely with RCT Theatres on this project, using their expertise and Parc and Dare main house facilities. This proposal was a unique and creative way to engage local people of all ages in discussions about all kinds of issues facing their communities, creating opportunities for them to voice their concerns.

“Rhondda Road was a monthly show that tackled local issues and created a platform for discussion on these topics online and live after every show. The production brought different generations together bridging an age gap, which was a key objective the young people wanted us to tackle. After public consultation the show was put on at 4pm so it was accessible to teenagers leaving school and was also available before dark for the over 50’s who requested an afternoon production. The initial say came in the shape of local people changing the name of the production from Granton Street to Rhondda Road, a name the locals felt was more relevant to them. All episodes were influenced by the community with the community cast, audiences and digital audiences offering themes for each show.

The issues raised were voiced as part of each episode. The characters faced bullying, homelessness, addiction, domestic violence and mental health issues. The characters discussed how they got help and how these issues had affected their lives. We also invited groups to come and handout leaflets so there was direct signposting to organisations who could offer help. Young people were involved in every episode as performers and as audience members. There needs were addressed through tackling topics that were relevant to them such as bullying.

The project has attracted national press through Wales Online and BBC Radio Wales. This publicity helped local people engage online, individuals got in touch on Twitter, Facebook, Instagram, snapchat and in person to raise issues they wanted the show to address. Organisations such as Drink Wise Age Well Cwm Taf and Dementia Friendly Wales also got in contact on behalf of local people, to ask us to cover issues related to their members.

The contact with these individuals and organisations shaped the themes covered by the characters over the four productions. The four shows took part in the Park and Dare theatre, offering something new for their programme based around demand from public consultation held by the venue and Avant. Local actors from RCT were employed, 2 videographers from the catchment area were employed, a local producer was employed.” – Rachel (Avant Cymru) 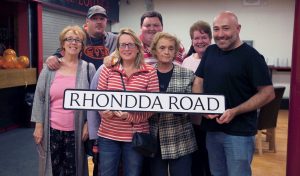