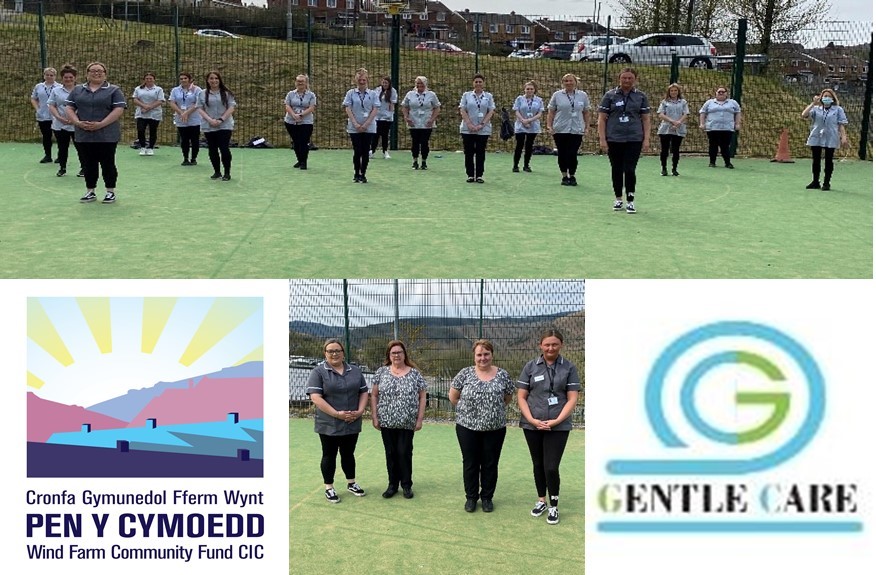 Gentle Care Services was established in late 2018, following discussions with individual resident in the Afan Valley it became evident the need for support for older individuals living in the community across the upper Afan Valley, it was clear there was a need to support local people, whilst offering well paid and good quality jobs to people living within the valley.

With the support from Business Wales to compile a thorough business plan and policies and with the support from Local Authorities and Health Boards to map care hours previously offered, obstcales and whether there was a need for a domicillary care service in the Valley – Gentle Care Services was officially registered in early 2019 as a private limited company going on to registering the service with the Care Inspectorate of Wales in April 2020. Now the only fully registered care provider in the Afan Valley.

The team worked tirelessly throughout 2019, building on their business plan and sourcing financial support to launch the much needed service in the Afan Valley. In July 2020, Pen y Cymoedd awarded a large Vision Fund award of £58,141. Pen y Cymoedd supported the plans with a combination of a grant award for £8141 alongside an interest free loan of £50,000. The loan was offered as a cash injection to support cash flow in the initial months of launching their service.

Pen y Cymoedd recognise that new businesses and projects, sometimes require up front financial support in the initial stages and are committed to supporting new projects with favourable terms of funding. Pen y Cymoedd recognise that successful businesses across the fund area can play a large part in recycling funds back into the community for others in a similar position later in the life of the community fund by offering favourable loans to support plans now.

Despite the in depth business plans compiled by the directors, a global pandemic could never have been planned for, with many costs, such as PPE and hygiene equipment costing more than double originally quoted. However, local care by local people was needed in the Afan Valley, now more than ever. Gentle Care Services launched their domicilary care service in April 2020, for their first clients. With initial plans to recruit five members of staff from the valley, they were faced with their first obstacle of many isolating or restricted to work due to the lockdown. The team offer employment to those who may normally be excluded from this industry, such as non-drivers and lack of experience. However the team offers a comprehensive training program and as the service is local, these barriers for the industry were overcome. As of April 2021, Gentle Care Services employs 22 people across the Valley. 14 staff have gone on to start accredited qualifications in health and social care, with some progressing onton higher qualifications.

Pen y Cymoedd are proud to have supported Gentle Care Services Ltd, a business that supports local people by employing local people. The team have shown such resilience in their first year of trading, with big plans to expand further.

“Without the support from Pen y Cymoedd Community Fund, we would never have been able to launch our service, supporting 22 jobs across the Afan Valley. It has supported us in setting up an office base, creating the foundation for the whole business. It has allowed us to recruit and to expand as we have needed, to meet the needs as they arise. We can not thank Pen y Cymoedd Community Fund enough” Barbara Trahar Director