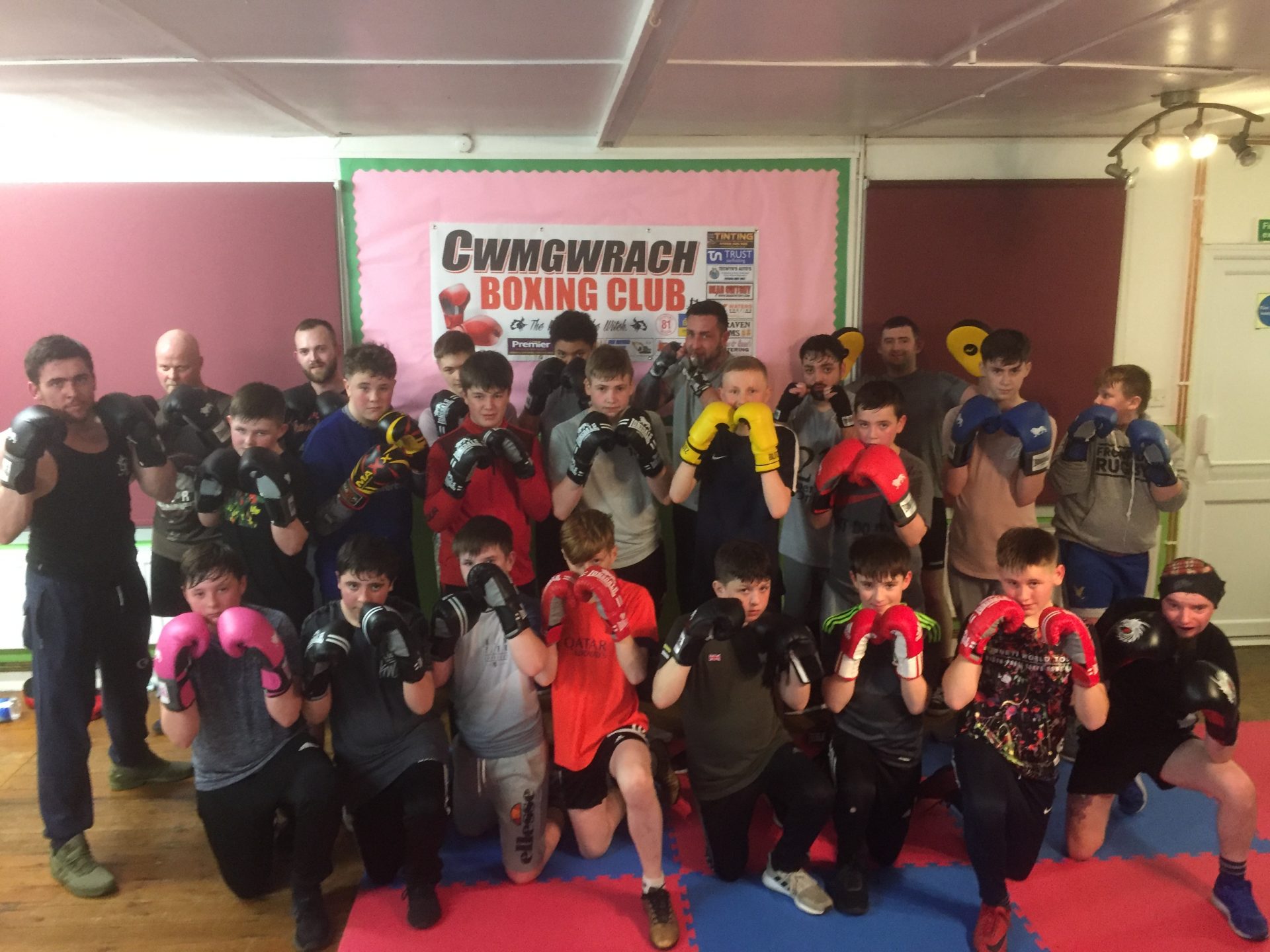 https://penycymoeddcic.cymru/wp-content/uploads/2019/07/14CA4C2B-EA22-43FE-82CF-533569209350-1024x768.jpeg 1024 768 rctadmin rctadmin https://secure.gravatar.com/avatar/456a96fd796a46b558e74ecc3c0c3440?s=96&d=mm&r=g July 5, 2019 July 5, 2019
MICRO FUND GRANT: £3226.32
“The grant from PyC enabled us to fully set the foundations for a successful community gym. The equipment, kit and boxing ring had a significant impact on us as a club and the community involvement has made us so proud. We now run Boxing, Mini Boxing / Women’s only Boxing / Yoga / Veteran’s Group sessions and ASD specific Boxing.
We have more community members as volunteers and our group has really been embraced by the other sporting groups in the village with rugby and football team members using our space as an affordable extension to their own fitness programmes. Cwmgwrach residents are very supportive and proud to have this facility in their community. It’s amazing to see our boxers succeeding and competing but the impact it’s had on the wider community is so pleasing to us.
We never expected to be where we are now, and it would not have been possible without the equipment that we purchased with the grant from Pen y Cymoedd.” – Leighton Collins
This new club approached us 6 months after being established for essential equipment, kit and safety gear. The group approached us with an impressive level of energy and commitment. They had already built a strong network with local schools, rugby and football clubs, dance group, Scouts, Cwmgwrach old age group, Age Connect, the Police/PCSO’s, and the community council. They had an active social media and were promoting open access sessions on selected days to engage with the wider community – welcoming people in as a place to socialise.
The application was clear, well-presented and thought through. The physical exercise involved is to be welcomed, as is its positive impact on community cohesion, channeling aggressive behaviour, and engaging hard to reach young people.  Guided by WABA, rules are strict – the sport focuses on technique, discipline, speed and skill, and boxers wear head guards and gloves always.
It is great to follow them on social media and just this week they announced on Twitter “2 of our boxers have made the Neath Schoolboys U15’s squad. Well done Logan and Cosmo the club are very proud of you boys” – We wish the club continued success – Kate, Pen y Cymoedd
How this project met the fund’s priorities:
Starting young to tackle long term issues / Communities that are healthier and more active / A wider range of opportunities locally to be healthy, active and engaged